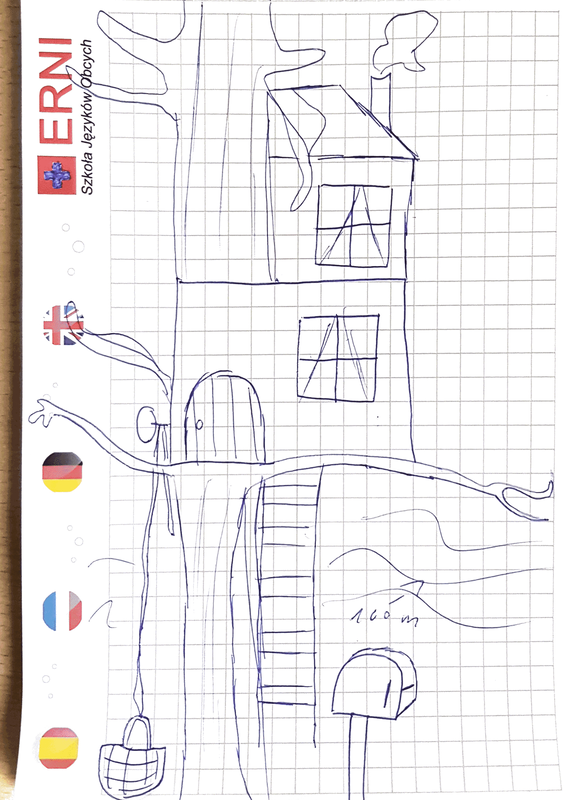 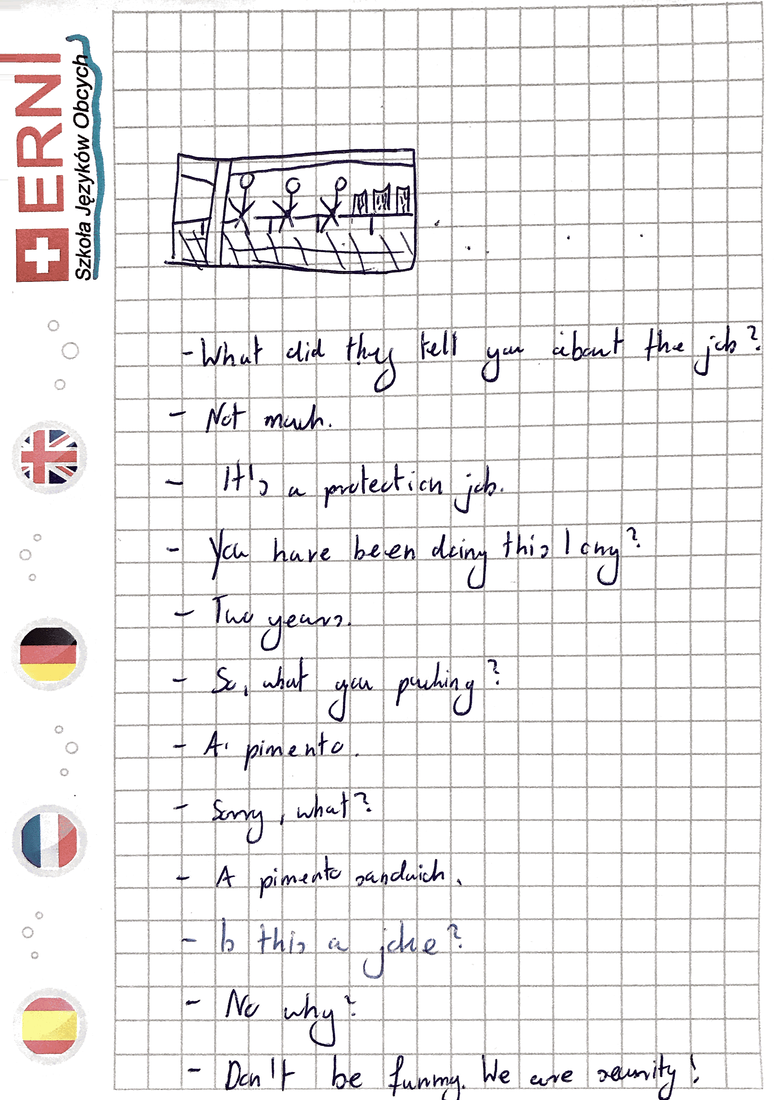 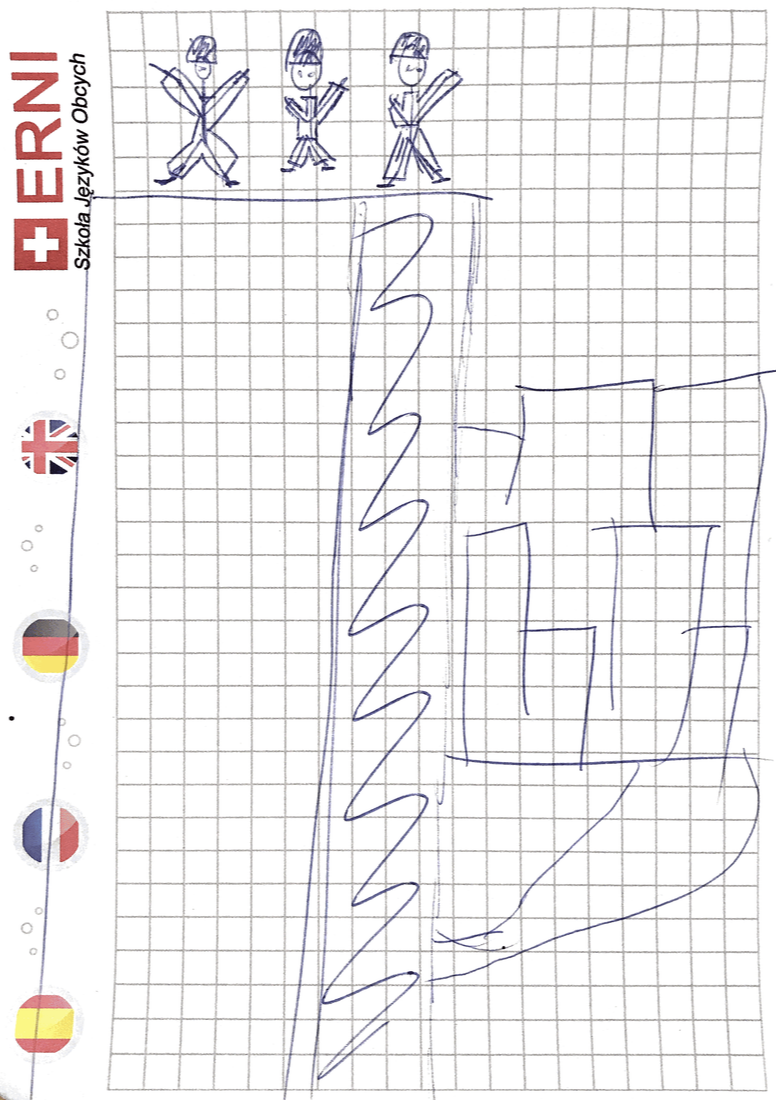 The film is in Gdansk. There are five old, multi-colored, nicely decorated apartments. The roofs are nicely-decorated and ornate. The apartments are right next to each other, they are terraced.

And on the street, there are flowers, benches, and many people. None of the people are paying attention. The man with the white hair is playing with his smartphone or perhaps a cup. The woman in the green dress is just chillin’. The woman with careless and messy red hair is working on her novel called: ‘How to be an Alien?’. On the bench is a laptop, a purse, and a bag. Everyone feels safe and they don’t see the danger.

Then came a robber and they did not notice. The robber is dressed in black. He has gloves, a bag, and a mask. He is nervous because he wants to steal expensive things. The robber is poor and needs money for his six children. He had a wife, but his wife died after she divorced him.
​
Suddenly the thief grabbed the laptop, purse, and the bag. After his nerves, he thought he was having success. But then came an old man and he raised the alarm. The man with the white hair called the police. But, the police were not able to come on time. However, the people started to chase the robber. The woman with the red hair was the fastest and caught the robber. Then, she fought with the robber. And then came the man with the white hair and he too attacked the robber. 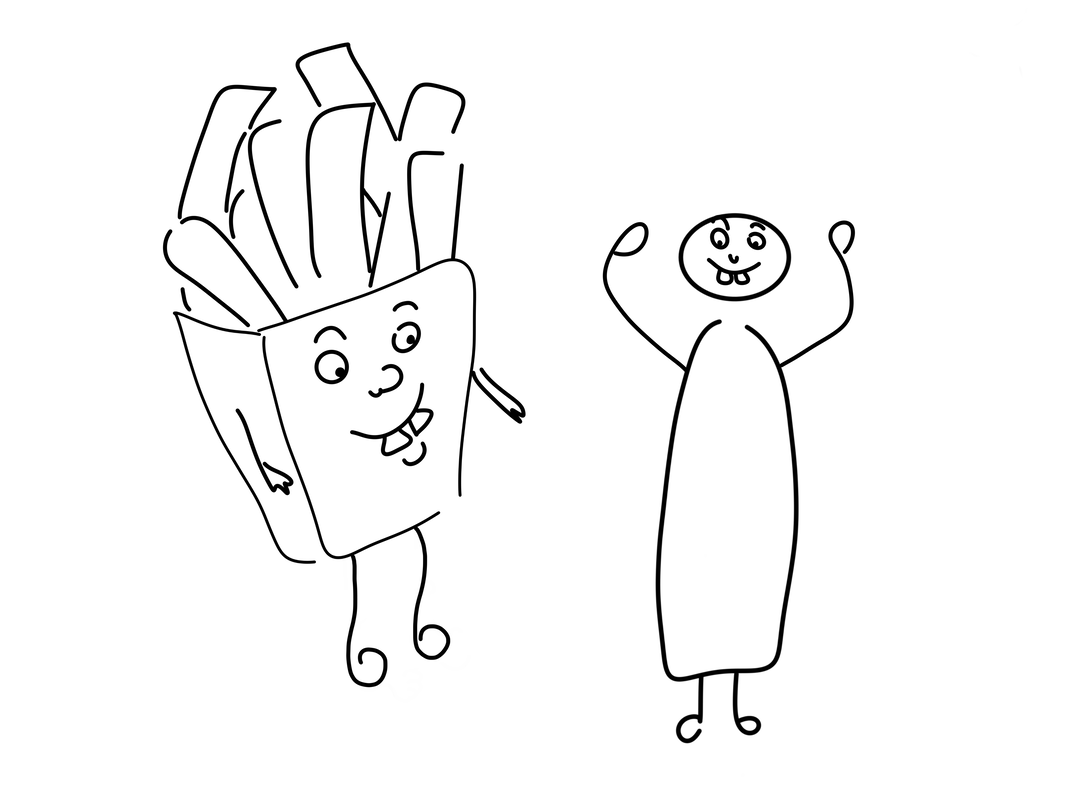 had a great time last night


What are you talking about?

We were out to dinner

we were getting along

having a really nice time

I was thinking she was really cool

Go out with her

she took some fries

it's not about a few fries

It's about what fries represent

I set you up with a monster

the more the better

don't order a garden salad and then eat my food

we were having breakfast

I am really sorry about before

I wanna make sure

There seems to be some sort of red crap in my cheesecake.


trying to be healthy

I will have what she's having

That was our last piece.

Can I excuse me?

This all better be here when I come back.

I can control myself.